Upon arriving in San Sabeastián or Donostia as it is known in Basque we were immediately captivated by the grand majestic atmosphere of this upmarket city resort. San Sebastián established itself from a modest fishing village into a classy seaside resort, favoured as a holiday destination for the Spanish royals. It is located on the coast of the Bay of Biscay a mere 20kms from the French border.

We arrived by car after an easy 36 minute drive from our accommodation in Lesaka. The easiest place to leave the car appeared to be in the car park beneath the train station and the central location made for a leisurely walk along the river (Urumeato Itsasadarra) to the old town (la parte vieja). At the beginning of the walk we marvelled at the Puente María Cristina (María Cristina Bridge) with the four monumental obelisks that stand 18 metres high and guard the entrance on each side of the river.

There are a number of places of interest to visit in the old town of San Sebastián as well as experiencing the culinary delights of pintxos (pronounced ‘peen-chos’) the basque equivalent of tapas. The sophistication of the modern city slowly slipped away as we entered the narrow cobble stoned streets filled with alluring architecture adorned with filigreed balconies of classical elegance. Even the moody overcast weather couldn’t spoil our eagerness to discover the richness in this part of the town. Our first stop was at San Bizente Eliza – Inglesia de San Vincent’s (Saint Vincent Church). This gothic style church was constructed during the 15th and 16th century and is the oldest in the city. It is free to enter the church and very worthwhile as the impressive stain glass windows are enhanced with the natural light from outside. The church also offers one of the finest Romanesque altarpieces as well as a sculpture of the ‘Pieta’ by artist Jorge Oteiza.

A short stroll towards the west side of the old town leads you to Koruko Andre Mariaren Basilica – Santa Maria del Coro (Saint Mary of the Chorus). The first thing that struck me about this church was the majestic size of the ornate niche flanked by two bell towers. Above the vaulted niche stands the figure of Saint Sebastián and the main altarpiece dedicated to the Virgen del Coro (Virgin of Chorus) the patron saint of the city. The facade is incredibly delicate in its decoration, a masterpiece in stonework. We were so enticed by its graceful charm that it was hard to leave this place of magnificent behind.

Once we forced ourselves away we meandered into the heart of the old town which took us to Plaza de la Constitución (Constitution Square). The square was constructed in 1817 by architect Ugartemendia after a devasting fire started during the battle between French troops and the Anglo-Portuguese army in 1813 that claimed much of the old city. The square was originally used as a bullring, the numbers displayed on the buildings mark the bullring boxes and are a permanent reminder of its history. In recent times the square has become a place to enjoy a glass of wine and pintxos at one of the many bars.

Monte Urgull is located on the north-east side of La Concha Bay and is one of three natural settings within San Sebastián. Access to Monte Urgull is closed during the night, for current opening times click here. The walk can be accessed from several start points, Plaza de Zuloga, next to Basílica de Santa María or Paseo Nuevo. Each way meanders through the lush vegetation along well defined pathways and offers numerous picture perfect views of the Bay. During the 12th century Monte Urgull due to its elevated nature became the site of a military fortress protected by walls that were subjected to many sieges and attacks. The summit is topped by Castillo de la Mota, a castle built in the 12th century and the grand statue of Christ (Sagrado Corazõn) that has been overlooking the city since 1950. The walk took us about an hour to complete with our two children and this was at a leisurely pace whilst stopping at several view points and fortresses along the way. Once we arrived at the summit we were rewarded with breathtaking panoramic views of the city, harbour and the surrounding mountains. Contained within the castle is the Casa de la Historian de Urgull, a small museum that showcases 800 years of the city’s history. Despite there being a lack of English translation on the exhibits it was still a valuable experience. 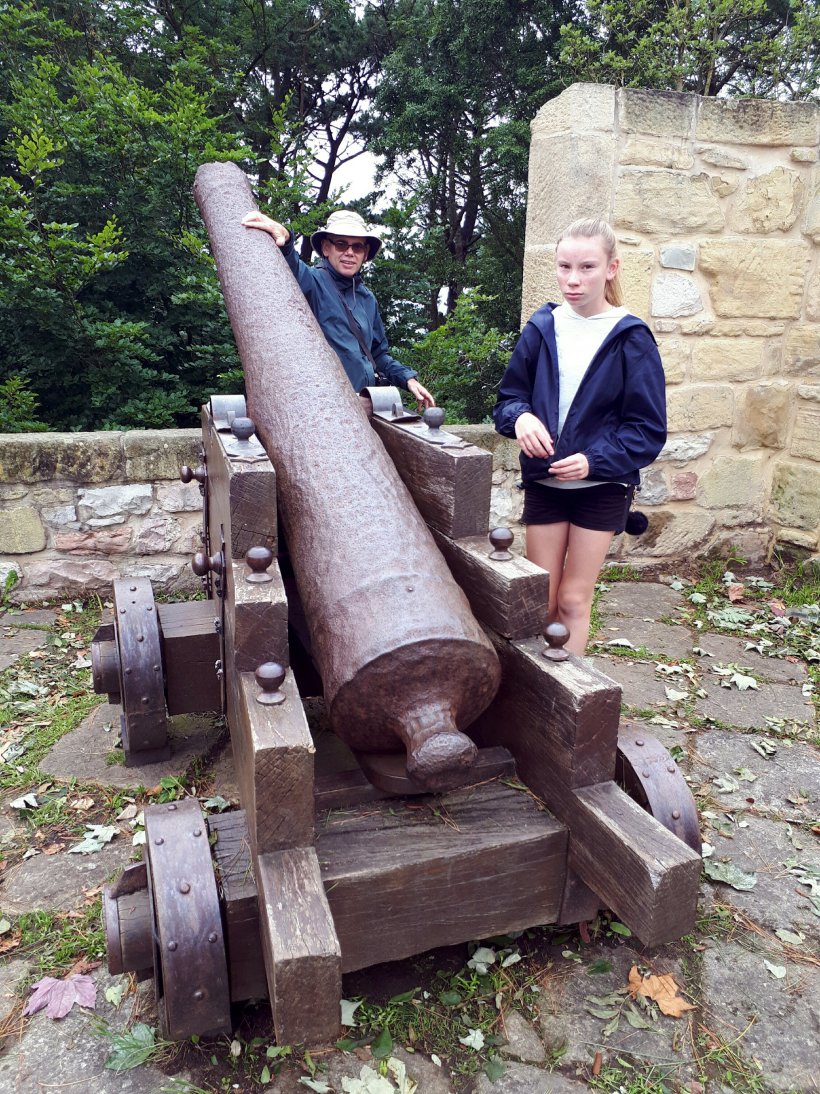 The walk had stirred up an appetite so we wandered back to the old town to partake in a gastronomic delight of paella and a fine drop of wine. Satisfied from lunch we opted to take a relaxing amble along the beach ‘La Concha’. It’s not hard to appreciate why this strip of coastline was voted the second best city beach in the world by Travel and Leisure Magazine. The beach sits harmoniously with the backdrop of the city and is flanked by the natural wonders of Mount Urgull and Mount Igueldo. The eye is drawn along the 1350 metres of honey coloured sand and compels you to remove your shoes and feel the sensation of sand between your toes. It was not warm enough for us to swim in the sea but we couldn’t resist paddling through the frothing surf at the edge of the tide. Whether you decide to swim, stroll along the sand and surf or remain on the sophisticated promenade it is sure to delight your senses and uplift your spirits.

On our way to Mount Igueldo we decided to stop for a refreshing beer at the Wimbledon English Pub. As well as serving great beer there is also some very interesting memorabilia on display. I really liked the style of the building, you could almost believe that you were in England.

After a refreshing pint we could virtually stumble to the base of Mount Igueldo. Located directly behind the pub is the furnicular railway that carries passengers up to the old fashioned amusement park at the top of Mount Igueldo. It is also possible to drive to the peak, where you can choose to stay at the Mercure San Sebastián.

We purchased our tickets (return €3.15 adult, €2.35 child) and eagerly awaited the arrival of the wooden carriage. There are two carriages on the cog railway that run on a single track and they pass each other at the midway point. The furnicular carriage operates between 10am – 9pm, every 15 minutes and it travels a distance of 320 meters through dense woodland up a steep cliff face. The minute you step out of the carriage you are transported to a bygone era that feels like it got left behind from the rest of the world. The amusement park opened in 1912 and has continued to provide pleasure with its mix of old fashioned and modern fairground attractions. There is also a bar, restaurant and coffee shop for the more faint hearted. Unfortunately the weather closed in on us and the incredible views that can usually be witnessed were enshrouded in misty cloud.

It was an unbelievably amazing day with so much squeezed into such a short time. Even though our time was brief in this suave highly cultured city it was enough to make us fall madly in love with its charm. This destination is most definitely on my list for a return visit and I plan to stay much longer than one day.

I’d love to hear about other people’s experiences of San Sebastián.

View all posts by kurlywhirlyventures